In 2012 Brazil overtook the UK as the world’s 6th largest economy, moving closer to meeting the expectations set by the novelist Stefan Zweig in 1942, when he said that “Brazil is the country of the future”.

Unfortunately it seems that Brazil has slipped back a few paces, as the UK economy resumes its place in world rankings ahead of the South American nation, much to the dismay of a proud, nationalist country that likes to celebrate occasions: “We have to go back to being the ‘country of the future’ “, says Marcos Troyjo, director of the BRICLab at Columbia University in his guest blog for the FT.

A model driven by consumption

The love for celebration is strongly expressed in a very consumerist society. Brazil’s GDP grew by 8% in 2010, its fastest growth rate in over 25 years (Euromonitor International, 2012), reducing unemployment and boosting household disposable income (Accenture, 2011). Yet GDP growth has been volatile, dropping to 2% in 2012 , and is expected to remain under 2% until 2013.

Economists attribute the past growth in the Brazilian economy mainly to:

i) policies and a culture that favours consumption,

The combination of the above has resulted in a consumption boom. According to the marketing research agency Euromonitor, Brazilian consumers rank top four in almost all product categories. They are also marked by vanity, as an Accenture study revealed that

“72% of 8000 consumers [interviewed] that the electronics brand they own is important to be perceived as most innovative.”

Rising domestic consumption has been the main driver in lifting Brazil into the ranks of a middle class economy, which now makes up 60% of the population.

This shift was spurred on by social and economic policies targeting social inequality from Lula’s government that helped 30 million people move up from the lowest socio-economic bands between 2003 and 2010.

But is this growth model also limited by consumption?

But now, in 2013, it seems that the boom as been cancelled – at least until 2015 (the World Cup and Olympics are sure to give a helping hand, however temporary and despite Michael Palin’s visit).

As an emerging economy struggling to develop a stable, strong economy, it seems that the

“the old consumption-led model of development is now less likely to deliver impressive rates of growth that it has done in the past.”

The rise in consumption has not been paralleled by a rise in productivity. During the same period, productivity increased 4% in China, whilst it grew by a mere 0.2% in Brazil.

And what’s more, the socio-economic benefits from the emerging middle class are questionable. Yes, 30 million people have been lifted out of poverty, but they are now heavily in debt, and inequality hasn’t decreased. Easy access to credit and a culture that encourages consumption has led to a ‘consumerisation’ of Brazilians. Debt has surged to represent 43% of a family’s income, limiting the economic sovereignty of Brazilians, and has developed a culture of material ownership that mirrors the USA.

I have had conversations with many Brazilians who would prefer to be stuck in a traffic jam for 2 hours than take the public transport, as they value the status gained from driving and owning a car. Almost all big-ticket items are paid for in 12, 24 and even 36 instalments over several years, often pulling families deeper into debt. The need to own is strong.

How fair is to to bring people into the middle class status when this burdens them with debt and is dependent on their consumption, therefore fuelling more debt? Additionally, lack of investment in public education has resulted in an elitist education system, benefiting those who can pay and locking those into poverty who can’t. 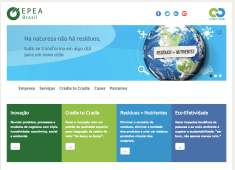 It would seem then that a consumer-dependent model was ill-fitting for this huge emerging middle class. A conversation I had with Alexandre Fernandes, Founder of EPEA Brasil, challenged conventional consumer business models: what if one could meet the needs of the emerging middle class by supplying products through a different ownership model?

He mentioned that Brazilians, once they can afford it, opt to buy a washing machine or dish washer, as this “frees up manual labour and time for leisure”. Yet there are long-term consequences when 30 million people buy and own a new washing machine. In a consumer society based on ownership, questions regarding the end-of-life are left unanswered, especially in a country like Brazil where over 80% of collected rubbish goes to landfill and less than 1% of all electronic waste is recycled (roughly 10,000 tonnes a year is collected for recycling).

As a result, electronic waste is landfilled and increases the risk of pollution, people are held ransom to consumption, resources are used inefficiently and, ultimately, middle class prosperity is falsely upheld.

We already know that UK and US lifestyles require the equivalent of three planets to support their needs, and that the planet’s resources are currently being overused by  25% (most management consultancies would cringe at this level of inefficiency in a business) and a consumption economy will further exacerbate these stresses. Is this really the dream, the lifestyle we want to ‘export’ to emerging economies?

So, let’s take a look at different model, one based on performance rather than ownership. Instead of 30 million people buying a washing machine, they buy into a service contract with a company, who owns the washing machine and retains customer loyalty through enhanced customer service and replacement. Competition is therefore not only led by cost, but also by customer service, performance and quality.

“Microsoft found that computer reuse creates 296 jobs for every 10,000 tons of material disposed of each year”

The ownership model is steadily establishing itself, with classic and quality examples including Interface, Desso, Caterpillar, Spotify and Ricoh.

Consumption of electronics has risen rapidly in Brazil and is highest in the world as as a proportion of GDP. Globally, Brazil is the world’s fifth largest producer of computers (Oliveira et al., 2012) and the Brazilian industry electronics association ABINEE has estimated that in 10 years Brazil will be second globally in terms of purchase figures. There is a real opportunity to provide these goods in a way that lessens the burden on resources, waste and energy and that promotes economic activity.

As it happens, Brazil isn’t very good at promoting innovation. It tends to focus on innovating new processes within existing businesses, rather than innovating new goods. In fact, the most common form of innovation is copying ideas from the West, but adding a Brazilian flavour to it. What’s more, it is notoriously difficult and costly to set up a business, which doesn’t attract entrepreneurs and locks existing businesses into heavily bureaucratic structures.

Brazil has the opportunity to tackle its economic slump and structural problems, known as Custo Brasil, by implementing policies that encourage business models based on performance, and improving environmental and social standards.

The opportunity within Brazil is huge, as the Carbon Trust recently issued a report that the Brazilian low carbon economy is worth $200 billion.

The question is whether Brazil can restructure its economy, and what key intervention points it can leverage to do so, which I’ll be taking a look at in my next blog post.

One response to “bRIC With a Small ‘b’: Rethinking Business Models for the Emerging Middle Class”